Dylan Thomas, detectives, and a depressing dentist: my 2018 reading list

One of my favorite posts from last year (and let's face it, I probably read this blog as much as anyone else, just shuffling back through to keep track of what I wrote about X months ago) was my year-end racap of what I read in 2017. I was actually surprised when I wrote that up how few books I'd made it through. This year's list will nearly double it, though we did have a few shorties in 2018, so apples/oranges, etc. 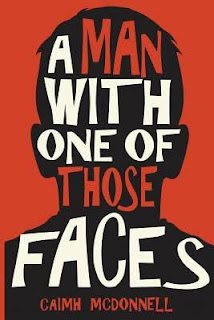 A Man with One of Those Faces, by Caimh McDonnell. This is an Irish detective/adventure/humor that I stumbled across last year and added to my Christmas list. Got it and read it soon after the holidays. Loved it. Then found Caimh McDonnell had several other books, which will appear later in this list, all featuring the same characters.

Adventures in the Skin Trade; Portrait of the Artist as a Young Dog; Under Milk Wood, by Dylan Thomas. Three short books, all received for Christmas in 2017. Along with the Welsh music and football, came an interest in the culture generally, and Dylan Thomas has to be a jumping off point for that. The first two books were mostly short stories, some of which were humorous, some quite religious, others just generally freaky, bordering on some kind of mythological horror (or horrifying mythology). I can't say I loved them all. I did enjoy Under Milk Wood, though I had the sense I only ever picked up on about 35-40 percent of the actual meaning of things. It's one I'll have to revisit sometime, though the proper way to absorb it would be to hear the original radio play.

Merry Christmas from me to you 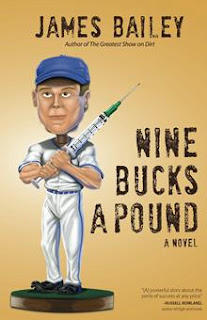 My uncle from Connecticut came to visit last month, staying for a week at my dad's house. He's a reader, and having not brought enough reading material to last him the week, he borrowed a couple of books from my dad. My books. My first two, to be specific, The Greatest Show on Dirt and Nine Bucks a Pound.

I spent six years from start to finish on each of them, with some overlap when I put the first aside to attempt to find a publisher. Poured everything I had into them, and then moved on. I read The Greatest Show on Dirt a couple of years ago, just to refresh my memory on what I had written. It will always have a special place in my writer's heart, having been my first, but reading back through it confirmed to me that it's not my best, even though it has sold better than all of my others.

No, my best book, in my opinion, is Nine Bucks a Pound. Though four years after its release, I seemed to have forgotten most of the nitty gritty details and could only answer my uncle's questions to the best my fuzzy memory would allow. Which was made the worse by the humdinger of a cold settling into my head the night I saw him. Later that week, when I finished the book I had been reading, I decided it was time to dust Nine Bucks off and give it another go.