The namesake club expands by one

I'm closing in on a milestone that has been a long time coming. I'm a chapter and a half away from completing the first draft of my sixth novel. Wrapping up a first draft leaves me a long, long way from the finish line, but it's a major step. There will be second, third, fourth, and fifth drafts before this thing sees the light of day, but none of them would be possible without a first.

I'm a re-writer. Over the years, I've come to realize I enjoy the subsequent iterations more than the first, so getting the initial round out of the way is a big deal to me. I started working on this book in early July.

That was six months before the world even heard of COVID-19, to put that in some perspective. It's been a slog. But I'm finally to the point when I can at least envision my next book hitting Amazon.

Or maybe it already has.

I was crawling through my Twitter timeline tonight when I came across a review by Larry Hoffer, who was kind enough to review Sorry I Wasn't What You Needed way back in 2015, of a new novel called The Flip Side. By James Bailey. 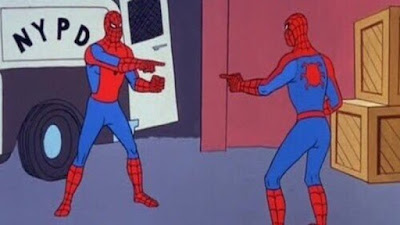 Okay, I don't have the most unusual name on the planet. I'm no John Smith (that would be my neighbor), but I'm a heck of a lot closer than, say, Gary Shteyngart. According to the U.S. Census, Bailey is the 66th most common last name in the United States. Per the U.S. Social Security Administration, James is currently the sixth most popular name for a male baby in this country. That has ranged from No. 1 to No. 19 over the past 100 years, including a stretch of more than 60 years in the top 5.

James Baileys may not be quite a dime a dozen, but we're somewhere on that discount rack near the front of the Name Stop store.

This newcomer--and his bio says this is his first novel, and it was published just 10 days ago--is only one of many in the club to publish in a variety of genres. We've written fiction and non-fiction, memoirs, sci-fi, even chemistry textbooks. And if you want to expand the club to welcome Bailey James, well, we've also got some steamy-looking romance on tap.

So, welcome to the gang, Mr. Bailey. And seeing as your book is currently higher in the sales rankings, how about sharing a few readers with the rest of us?

Posted by JamesB at 9:19 PM No comments: